What’s this picture about? 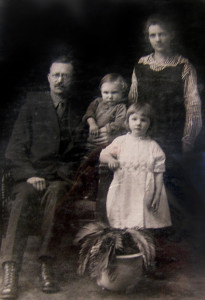 That’s Ruth Masters Lake in Strathcona Park. It’s a little lake up on the other side of Mount Albert Edward. Have you been on Mount Albert Edward? You go right down into the valley, and there’s a neat little lake down there.  And that’s Melda Buchanan, she was going through a big performance of congratulating me at Ruth Masters Lake. You can see the deep respect I’m getting.  Melda Buchanan was a university instructor, but she was very crusty and the ultimate environmentalist. I used to phone her for her birthday, and I’d be screeching out Happy Birthday on my harmonica and midway she’d scream “where’s the present??” She was a very crusty dame, a very well educated woman. She was a university lecturer but she wasn’t humble.

She was the first female meteorologist in Canada.

She was very bright. She died some years back. I did her estate, and of all the estates I’ve worked on, she plowed the most back to good things that I ever handled. Her whole estate went to the environment, over a million dollars.

That’s right. I’ve got the records there. It’s the biggest estate bequest that I ever saw in my life, so that kind of counteracts that she was crusty and abrasive.

Can you talk about some of your personal heroes? Do you consider yourself a hero?

Oh, no. I’ve been very lucky, though. I’ve had my life saved the odd time when I don’t think I could have done much about it. I’ve helped rescue the odd one. I had a way better than average career.

You have a very generous nature.  We were alluding to the heroism and all the “spooning” that you’ve done to people. Who has inspired you?

We have a marvellous group of environmentalists in this district. All of the things we’ve struggled on and fought over. I wish I could have done more. On every occasion, things would have been worse if we’d done nothing. We haven’t had many total victories but there wouldn’t be a stick standing anywhere if we hadn’t put our feet down.

Are you still in the spoon giving business?

I have a few around.  I don’t have a master list of spoonees.  I always had some of these, they’re known as ‘hero spoons’, and I’d have a handful to give out when people got arrested or did something kind of heroic.

Has every one of you got a will?

No, we’re on city water.

No, a will. To dispose of your estate when you go upstairs. Have you got one?  The average, I catch at least one out of two that doesn’t have a will. You’re just affecting everything and letting your whole family down if you don’t have it laid out, so I’ll pass that on as my free advice.

Why is it important to have a will?

If you don’t have one, your family is left to say, “she’s gone now, what in the hell do we do?” But if you’ve left a will it’s divided out the way you want it to go. Otherwise it goes according to law, which might not be what you would have planned at all if you had thought about it.

The standard answer I used to get when I asked people if they had a will was “I’ve got nothing to leave” – and I’d say, well, that won’t do for a start. We can’t leave you lying on top. Somebody’s got to do something.  I managed to save a few but people reject the idea that they won’t be here forever.  Who here hasn’t a will?  (some hands raise) Well, if I get that many conversions that would be a victory right here.  At 15, you’re not legal, not in the territory yet, but you should think about it because we are all going to go upstairs sooner or later. I made my living for many years in the law office, and a lot of it was on people who goofed their affairs and checked out without a will, so keep that in mind and you’ll get some advantage out of listening to me yak here.

You’ve never succumbed to having a computer, you do everything by hand, all the letter-writing?

I have an electric typewriter in my bedroom there. I used a computer, of course, in the office, but I’m not carrying on a lively business here. I don’t go looking for work.

As a correspondent, I always put after my name “S.S.D.” when I sign my letters to the various departments I was griping at because of various intrusions onto the environment.  And people would say to me “Ruth, what’s S.S.D.?” You know what it is?  Senior Shit Disturber! Everybody knew when they would get my snotty letter trying to save something that I was an SSD and they’d always say “what’s that stand for?” and of course then I was able to tell them! 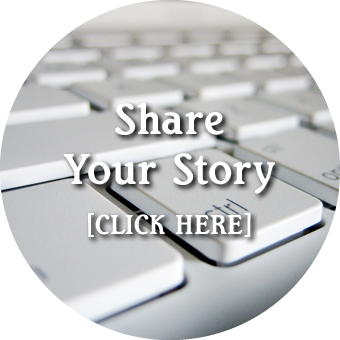